What is My Edge? 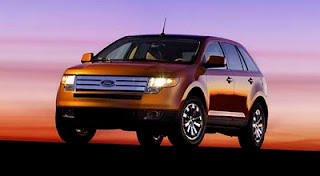 I went to Monmouth Park a couple times early last summer. I stayed for full cards and I watched the toteboard, post parade and races closely.

From those couple days I came away with a three-horse watchlist: Lucky Evening, who took early money in his debut for no apparent reason and made a decent rail rally to finish midpack; Bella D'Oro, who had some sort of jock/equipment issue for a few strides out of the gate and lost all chance; and Farmer Jones, who took early money in his debut but then acted up before loading in the gate and didn't do much running at all.
Bella D'Oro and Farmer Jones came back to each run solid seconds at about 10-1 or 12-1, and then subsequently win at chalky odds. Lucky Evening didn't pan out at all, and last I saw he was running for $5K at Penn National.

My point is not to rehash specifics about those eight-month-old races or to say I'm still looking out for the horses to run back; rather, my point is that I believe my analysis of those race days gave me some live horses to come back with (as Meat Loaf sang, two out of three ain't bad). In other words, my analysis gave me an edge.

Having an edge is absolutely critical for a horseplayer to have any chance of making money or even breaking even on a consistent basis in this high-takeout game. Having an edge also means everything in determining success in handicapping contests, in which the waters are deep and competition is stiff.

I think all successful handicapping contest players have some sort of an edge. Hesham Regab, who won the Aqueduct handicapping contest in November, cited horse physicality. Tom Noone, who won the 2010 NHC Tour, said parsing race conditions is a big value-add. And 2011 DRF/NTRA National Handicapping Championship winner John Doyle is a professional horseplayer, so it's reasonable to assume he has an edge somewhere.

So in this winter of my discontent (and amid a vicious 0-for-18 schneid in handicapping contest races spanning two live days, Nov. 14 and Jan. 15), I have been pondering an existential question: what is my edge?

As evidenced by my opening anecdote, I truly believe I am good at ferreting out important pieces of information by closely watching the toteboard, post parade and the races. And when I say information, I'm talking stuff that others don't see and that doesn't show up in the PPs.

However, I do not follow the races anywhere close to regularly enough for this to be a consistent edge, so the best I can do here is catch-as-catch-can and try to find stuff here and there.

In the absence of a steady pipeline of watchlist horses, I often fall back on angles, or shortcuts. A few of these angles are:

1. In certain situations, when a horse takes early money inexplicably and then drifts up to near its morning line odds.
2. Following lower-profile trainers who have won or come close in the previous 24-48 hours.
3. Extrapolating subtly bad trips in the absence of watching replays, e.g. if a horse had an outside post in a turf race and ran just a few lengths behind a slow pace for much of the race.

As is the case with any angle in horse racing, sometimes these work and sometimes they don't. But I think angles such as these are the next best thing to having a legitimate, hard-earned edge based on following the races closely and consistently over time.
Posted by Terry at 4:44 PM