DerbyWars Steps Up in Class 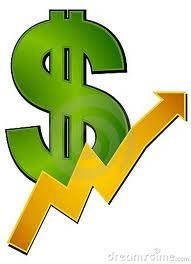 DerbyWars.com has been a welcome addition to the online handicapping contest landscape since its launch last year. For the most part I agree with the plaudits previously offered by fellow racing bloggers including Equinometry and NJHorseplayer; I won't offer my own detailed review, but suffice it to say I like DerbyWars quite a bit, mostly for its clean and streamlined functionality, lower takeout rates vis-a-vis standard wagering at the track, and wide variety of games offered. My only real quibble is that they distribute prize money a bit too evenly for my tastes, i.e. the payout structures don't reward the top finishers as much as they should.

DerbyWars is now raising the stakes considerably by offering a $25k "Monthly Shootout," the first of which will take place this Saturday, March 10. I say raising the stakes because up until now, I've considered DerbyWars as a niche player in the handicapping contest space -- lots of contests, but smaller contests, some with as few as 2 or 4 players, and antes as low as $4 to $6. Their weekend "Big Games" typically have had antes in the $25-$40 range, with $1k-$5k pots. DW did offer a handful of NHC seats through contests last fall, but otherwise they've been going after smaller-bankrolled players who are looking for a little action. So in my view they haven't really been competing directly with the NHCQualify.coms and HorseTourneys.coms of the world, whose games involve $100-$400 antes and NHC spots, or smaller antes and feeder routes to the NHC.

The DW Monthly Shootout will have a $175 ante, with the winner collecting $10k. They seem to be doing well generating buzz and interest, as the contest is already 68/165 filled as of Sunday morning March 4, six days before the event. But can DerbyWars compete on an ongoing basis at this higher weight class?

In my opinion, the answer is a qualified yes. DerbyWars has done a good job getting its name out there, and the site itself is better than their sometimes-clunky competitors. Additionally, DW is probably the most nimble and customer-service-oriented online contest venue out there, so it's reasonable to assume they have a good pulse of the market and their read that there is a demand for this bigger game is correct.

However, my reservation about DW's step up in class pertains to the lack of an NHC tie-in. The NHC is the Holy Grail for this contest player (and I assume many others), and given the unfortunate reality that contest-playing can be an expensive hobby, I'm not super keen on allocating significant dollars to anything without the NHC on the other side of the rainbow. I won about $3,150 net on racing in 2011 (my first plus year in a while), but I'm already down $1,300 in 2012; in an ideal world I'd already be qualified for NHC2013 and would be much more inclined to play a $175 non-NHC game, but for the time being I don't see myself putting up that ante. Don't get me wrong, I'd love to play the Shoot Out and I may well try a smaller DW game that offers a qualifying spot, but $175 for a non-NHC game is a bit rich for my blood.

Add it all up and I think DerbyWars can pull off these bigger games, but they'll have to pick their spots carefully and minimize direct competition with NHC events. To firmly establish themselves in this higher weight class, i.e. to have demand consistently meet or exceed supply, some NHC tie-in will be needed.
Posted by Terry at 10:50 AM 2 comments: