Earlier this week I was jolted by the news that the DRF/NTRA National Handicapping Championship is moving its act from Red Rock Casino Resort to Treasure Island. This is effective immediately, i.e. for the January 2012 NHC, which will just so happen to coincide with my (planned) first NHC appearance.

What!??!?!? After all the work I've done in creating and building up the Red Rock or Bust blog, they go and change the name without even consulting me? So I proceeded to sink into a deep depression, emerging from my darkened, shades-drawn bedroom only for a sandwich run over to the Big M for delipalooza, where I ran into NJHorseplayer dot com.

After that pick-me-up I pondered my options and proceeded to conduct exhaustive market research and focus groups regarding Red Rock or Bust. I was pleased to learn that my blog has built such a strong name-brand value that it transcends the name brand of the NHC, and even the NTRA and DRF themselves! So I have decided to stand pat.

(Actually I'm just too lazy to change the name of my blog, but I thought it would be fun to tell this tall tale.)
Posted by Terry at 5:33 PM 2 comments: 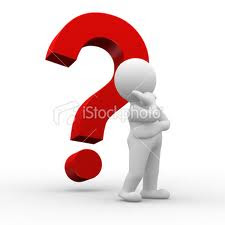 Is it me or is there a disconnect between reality and Monmouth Park's posted racing dates?

Earlier this weekend I caught this interview of Jeff Gural, the prospective white knight of the Meadowlands. I was impressed by the dude -- seems like he knows his stuff, he is ready to make sweeping changes at the Big M, and at the same time he came across as very realistic and pragmatic about the whole situation (I was struck by his "I don't mind losing $10 or $12 million for 18 or 19 months" quote). Gural has been in the picture for about three and a half months from what I understand, he has arranged $100 million funding, and he is now in the nitty-gritty phase of dealing with the unions.

So, sounds pretty far along and promising, and they're still saying best-case scenario is for racing to resume at the Big M by June or July.

Meanwhile, Monmouth Park is still soliciting bids through the end of the month, "prior to the due diligence process"! And Monmouth is planning to open its meet on Saturday, May 14?

What happens if all bidders (eight so far, from what I have read) decide to not move forward beyond their initial interest? What if the erstwhile bidder isn't qualified or cannot reach agreement? What if something falls apart during due diligence? Even let's say best case, something moves forward, how long will due diligence take? Monmouth Park ain't no lemonade stand -- any entity considering sinking millions into the track and operating it for a five-year period is going to want to make sure everything is right.

Add it all up and unless I'm missing something here, simulcast signals will be the only racing seen and heard at Monmouth Park on May 14. I suspect there will be some semblance of a Monmouth meet this year, but I'd guess it will some abbreviated job, perhaps starting around July 4 or maybe even a few-week deal centered around the Haskell.

Maybe I'm just Gloomy Gus, but I think no live racing at Monmouth this year is a more likely outcome than starting on May 14.
Posted by Terry at 3:28 PM 5 comments:

It Was a Very Good Day 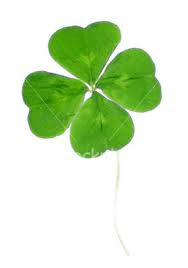 Proving that reports of my demise as a competitive handicapping contest player were greatly exaggerated, I placed 2nd of 262 in yesterday's Simulcast Series Challenge #3 at Monmouth Park.

1. GP1, $5WP Vini Vidi Vinci. I thought Brad's Kitten was a bad even-money favorite, plus trainer Tammy Domenosky had won within the previous day or two, so the trainer recency angle was a factor. But apparently the Latin translation of Vini Vidi Vinci is "I came, I saw, I didn't lift a hoof." $100 starting bankroll down to $90.

2. Tam5, $10WP Who is Lady. Trainer-recency angle plus odds-bounce angle at work here, as Derek Ryan had recently won and Who Is Lady took substantial early money before drifting up to 9-1, near her ML. I figured the double angle warranted a double bet, and lo and behold WIL went to the front and held on, ending my 26-race schneid in live contests. Bankroll: $209.

3. Tam7, $10W Doctor Carina. The 6-5 chalk looked vulnerable to me, and 9-2 seemed like a reasonable price to speculate that trainer Thomas Proctor would have Doctor Carina ready to run off a long layoff. But as they say, even the best laid plans of mice and men go awry: chalk wins, DC does nothing. Bankroll: $199.

5. Tam7, $20W Doubles Partner. I usually turn up my nose at 2-1 horses, especially in 10-horse fields, but this Todd Pletcher horse looked like a standout to me. Julien Leparoux gave me more anxious moments than one should have with a solid chalk, but he does have impeccable timing and ice water in his veins, as he managed to get up by a neck in a blanket finish. Bankroll: $235.

6. GP8, $20W Sligovitz. I had a hunch this horse was live at 10-1, and sure enough he was, though due to a wide trip and a bland ride by an over-the-hill Edgar Prado he only managed 2nd. "Shoulda" done a WP bet on this rather than just straight W. Bankroll: $215.

8. Aqu9, $10W Roman Treasure. This Hushion-Hill horse looked like the speed of the speed, and I thought he was decent value at 5-1. But he had to duel early and faded to 4th. Bankroll: $195.

9. 11Tam, $50W$20P Nehalennia. I had seen Graham Motion win with so-so looking horses off layoffs too many times in my day to pass on this one at double-digit odds (went off at 17-1). I dug this horse a bunch, and she validated by faith by running a nice second. Bummer that I missed the win, but I was glad I got a few shekels back and very glad I scaled back from my original bet of $100W. Bankroll: $277, and it was now crunch time with just 3 contest races left.

10. 10Aqu, $70W Missysmoonlitmagic. Thought the 2-5 Linda Rice chalk was worth a bet-against, so I landed on Missys -- more of a hunch play than anything else really. She ran a creditable 3rd, but that didn't do me any favors. Bankroll: $207.

12. 11GP, $150W Rules of Honor. In 16th place with one bullet left, it was time to hang some fire, and lo and behold Rules of Honor came though at 9-2. This race went off while 12Tam was still going, so things were a bit frenetic, but once I saw Double Revival spinning his wheels I turned my attention to GP, where I was thrilled to see Kent (The Kid) Desormeaux work out a nice trouble-free, ground-saving trip, swing wide into the lane and win fairly easily. Final bankroll: $862, good for 2nd place.

Analysis
Everything went right for me in this contest, really. I believe to do well in any given contest you need to have at least some measure of three things on your side: good race handicapping, savvy contest strategy, and Lady Luck.

I picked some live horses over the course of the afternoon, so check on good race handicapping. I was 4-for-12 in my bets (though one winner was just 2-1 and another was just the P of a WP bet), a .333 batting average I will take any day. And I did everything right with regard to executing my contest strategy: I was patient, I kept the total number of my bets down, I allocated the capital I had late in the afternoon to maximize my number of swings (I got three good swings out of $277), and I was not afraid to lose.

And I am the first to admit that I got freaking lucky with Rules of Honor. I didn't especially like him -- he was reasonably plausible, but at just 9-2 in an 11-horse field, he wasnt a big value play by any means. In fact, when there were three contest races left, I even said aloud to NJ Horseplayer dot com that I was thinking of betting the Aqueduct and Tampa finales, but not Gulfstream -- that was how tepidly I felt about the race. But when my Aqu and Tam shots failed, I needed to do something at GP -- I looked up at the screen and saw Rules of Honor warming up and I thought damn he looks good. So with that five-second body language read and a just-decent-enough price, I went all in.

I was very gratified with the result, but I'm not getting too high/full of myself about it, just like I tried to not get too down and discouraged about my recent drought. I'm not as good as I was yesterday, and I'm not as bad as 0-26; I'm somewhere in between with plenty of room for improvement.
Posted by Terry at 2:57 PM 4 comments:

Whad up wit dat? The future of Monmouth Park

We interrupt this regularly scheduled handicapping contest blog to shout out "whad up wit dat" regarding the future of Monmouth Park.
NJ.com reported that the powers-that-be are looking for a lessee for Monmouth Park, but only if they run 141 days. In other words, sure you can come in and run the track, but only if you return to the pre-2010 model that the track itself acknowledged wasn't working: modest purses that barely keep up with slots-fueled competition elsewhere in the mid-Atlantic, tired five-horse fields running in front of 3,000 people on summer weekdays, tumbleweed after Labor Day, etc. Blech.

And I reckon a 141-day meet would be even worse than 2009. How could anyone get excited for ~$325,000 in daily purses after they were one mil last summer? Hamburger Helper isn't terrible thing by itself, but when you go from Hamburger Helper to a real burger back to Hamburger Helper...ugh. Plus, NYRA is on the upswing with its slots thingamajig coming up, so wave goodbye to Todd Pletcher's 'A' and 'B' teams and to John Velazquez and Garrett Gomez, say hello to Pletcher's 'C' team and Felix Ortiz and Luis Rivera.

Unless I'm missing something here, good luck in finding a lessee who will sign on with the 141-day stipulation.

Would you lease a retail store if you had to stay open 16 hours a day in February?

Would you lease a boardwalk concession stand if you had to stay open until November?

Would you lease a church if you had to hold service on Tuesday afternoons?

(OK that last one doesn't really make sense, but it's been a long week, cut me some slack.)

You get the point.

I think the horsemen who are now saying a 141-day meet is "etched in stone" will be ready to compromise if and when there are no qualified bids and they are faced with a 0-day meet.

And now back to our regularly scheduled handicapping contest blog.