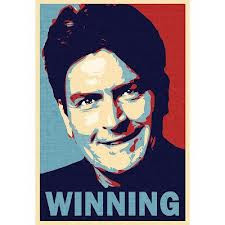 Rich Nilsen parlayed winning selections of Flashy American at 8-1 and Alaura Michele at 6-1 to win Red Rock or Bust's inaugural handicapping contest, which was held on Sunday, July 29.
Rich wins $20 for his troubles. Rich has already qualified for the 2013 NHC so he won't be winning it all via the very nontraditional Red Rock or Bust route, but he reports he will pass along the 20-spot for his wife Marta to take a crack at a HorseTourneys.com preliminary NHC feeder in the near future. They will keep us updated regarding progress (or lack thereof).
The official final standings are:
Rich Nilsen $62.40
FunkyMonkey 38.00
Donna 37.30
NjHorseplayer 23.90
Steve S. 11.30
Rich, who calls Tarpon Springs, Florida home, was previously profiled on Red Rock or Bust. He has qualified for the NHC nine times in the past and is the only person to finish in the top 10 twice, but he reported than winning Sunday's Red Rock or Bust contest was hands-down the highlight of his handicapping career (okay he didn't really say that, but he might be thinking it).
Posted by Terry at 10:29 AM 2 comments: 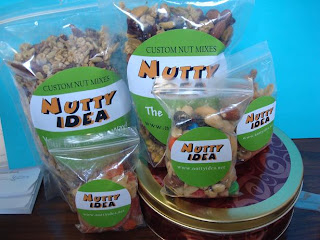 I'm off the handicapping contest trail this weekend but I wanted to try something different and play contest venue rather than player.
So I invite all NHC Tour members to play Red Rock or Bust's free handicapping contest.
Here are the rules:
-By 12 noon on Sunday July 29, post in the comments section your picks for each of the 11 Saratoga races to be run on Sunday July 29. One horse per race, $2WP notional bankroll, pick-and-pray format, you get the favorite in the event of a scratch, payouts capped at $50 for win and $20 for place.
-Minimum 3 players.
-Submit your picks as cleanly as possible, with numbers only, no names.
-The winner wins $20 (I will mail it to you).
-The winner must then use that $20 to enter a HorseTourneys.com NHC prelim feeder event in the near future. (honor system)
-Hopefully you will qualify for a HorseTourneys.com NHC qualifying contest via that NHC prelim feeder.
-If you do, hopefully you will qualify for the NHC via that NHC qualifying contest (OK, we're at about a 1/500 chance here, but stranger things have happened.)
-If you do qualify for the NHC via this route, and you just happen to win the NHC (can you say 1/250,000 chance?), you must give half your winnings to charity (honor system).(seriously).
Good luck!
Posted by Terry at 8:32 AM 11 comments:

What's an NHC Seat Worth? 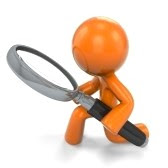 As a National Handicapping Championship aspirant, I've sometimes wondered what exactly is the value of this thing I'm chasing. I've seen various assertions of a seat's value, but generally they are unsupported and thereby unsatisfying, so I thought I'd take a closer look and crunch some numbers myself.
I'll start with the premise that the economic value of a NHC seat is simply the amount of the total pot divided by the number of players, which from what I understand is $1.5 million/500=$3,000.
But HorseTourneys.com cites the value of an NHC seat at $6,500. When I asked McKay Smith about this via e-mail, he said
"That's exactly what we pay the NTRA per seat. That's the standard pricing for the online sites that are authorized to move NHC spots, such as ourselves, NHCQualify and Twinspires."
I then asked Michele Ravencraft of NTRA. She replied:

The value of a seat to a player is a more difficult to measure. Unlike the World Series of Poker, where anyone can buy a seat for $10,000, a spot in the NHC must be earned through successful participation in a qualifying tourney. To some, a seat is priceless. To others, it may be an investment of a certain amount of dollars over the course of a year in an attempt to qualify. It varies by individual."

When I followed up and asked about the discrepancy between my calculation of the economic value of the seat ($3K) and the $3333 and $6500 numbers, her reply was:
"There will be between 450-475 participants. More than 50 of those seats will be comped (part of the NTRA Tour, sponsorship agreements, etc.). NTRA pays for the airfare and hotel of the majority of qualifiers."
I appreciated the responses and the helpful information but I take any $6-7K estimates of a seat's value with a boulder of salt. That may be what an online site pays the NTRA, but that's a different animal than the value to the end player, which bottom-line remains an economic value, or $3,158-$3,333 based on the 450-475 player range NTRA told me. That begs the question of where exactly the additional money goes and where is the transparency, but I didn't expect answers to those questions so we'll call them rhetorical.
What does all this pontificating mean? Well for the Joe Average NHC Tour players such as myself, some of the effective 'take' numbers for online contests aren't pretty.
For example, the July 22 HorseTourneys.com NHC qualifier has a $195 ante -- 4 of 200 players qualify for Vegas (which includes hotel but not airfare), and 20 players receive $195 credit. Assuming a $3,333 economic value of an NHC seat and $500 for hotel, by my calculations the base economic value of an entry to the HorseTourneys event is $96.16 (total pot of [($3,333 + 500)* 4] + ($195 *20) = $19,232, divided by total number of players, 200).
There is some but not much economic value to NHC Tour points that are awarded to the top 10% of finishers; I'll be generous and bump up my estimated economic value of a HorseTourneys entry by about 10% to $105. Even so, a $105 economic value on a $195 ante implies a takeout rate of 46% -- yeesh.
The input numbers at NHCQualify.com are different, but notably the output (takeout rate) is virtually identical. $160 ante, 300 entrants, 5 NHC seats plus hotel and airfare, 12 players win back $160 credit. Estimating the value of airfare at $500, The total pot is [($3,333+$1,000)*5] + ($160*12) = $23,585, and the base economic value is the total pot of $23,585 divided by 300 players, or $78.62. Bump it up by 10% for NHC Tour points and we get an estimated economic value of $87; apply that to the $160 buy-in and you get a 46% take. Again, yeesh. That 46% is two to three times typical takeout rates on standard wagering at your friendly neighborhood racetrack!
I'm not criticizing HorseTourneys or NHCQualify, both of which are sites I like, have used and will use again. The grimness of their takeout numbers seems to be a function of the NTRA's $6,500 per-seat charge, which is just way out of wack with the economic value of a seat.
So what's an NHC aspirant to do? Well for starters, it helps to be aware of some of these numbers. I know there is a cache and brass-ring aspect to the NHC quest, and a (however remote) chance of a life-changing score, and this has a certain (yet indeterminate) premium. But in my view there is a general lack of transparency with some of this contest stuff for the ~99.9% of players who won't win the NHC, so buyer beware for sure.
Live contests can be great value (as I blogged about recently, the NYRA essentially gives away NHC seats, not to mention lunch and beer, for free). HorseTourneys' feeder games are economical and can work out great from an ROI perspective, provided of course you can 'feed through' to an NHC-qualifying game for less than the price of an NHC-qualifying game. For non-NHC online games, DerbyWars' take is usually about 13% and can be lower or even negative if games don't fill.
I was kind of vaguely aware that some NHC contests were tough propositions on an ROI basis, so hitting out to the numbers opened my eyes some but it didn't shock me. I'll still dabble in HorseTourneys and NHCQualify, especially for the rest of this year given I'm chasing NHC Tour points and I have sunk costs involved in that quest. But going forward into next year, I'll try to be more discerning regarding contest costs, and adjust my play accordingly.
And I'll also hope NTRA improves the value proposition offered to NHC Tour players.
Posted by Terry at 7:38 AM 2 comments: