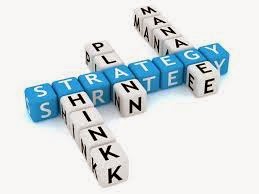 The good news is, 1/19 is a heckuva lot better than the ~1/60 shot that you get in most online contests, and there's no entry fee -- each entry is $200 live bankroll only. The not-so-good news is, the chance is still slim city, as there's almost a 95% chance that come Saturday evening, I'll be telling my sob story to anyone within earshot.

I'm happy to have two entries, but in general it's really not my thing and I can't recall ever playing two entries in the decade+ I've been playing contests. I understand a double entry gives you a better chance, but in my opinion there are some factors pertaining to strategy and decision making that complicate things. So when the cost is double but both the chance of winning and the enjoyment increase by less than double, flying solo is an easy decision for this budget-conscious contest player.

That means Sat. will be uncharted territory in terms of how I play the two entries.

I was first thinking I'd play one entry normally (i.e. methodical, mostly minimum $20 bets with only moderate risk-taking through early and mid-afternoon, hoping to be in with a chance late in the day)

and the other entry with some kind of risky hell-bent-for-leather strategy, say perhaps $200W on an 8-1 shot or something, or maybe play only $100 or $50 bets on this ticket. This way I'd have some chance to hit a big score early and be in front, but if I lost (most likely scenario), I'd still have the other entry to play as usual.

But while this strategy holds some appeal, and if I had a third entry I absolutely would play one like this, I'm now leaning toward a more conservative approach. This is certainly subject to change, but I'm thinking I'll play both entries in the same methodical, slow-early, hopefully-fast-late fashion. I'll play the same horse on both entries maybe a few times (i.e. my strongest calls); play more tepid calls on one entry only (though I'm not sure which one -- this to me is the biggest strategic challenge in having two entries); and in the instances when say I dislike a chalk but I can't decide between two alternatives, I'll play one on each entry.

Assuming a best-case scenario of a few wins over the course of the afternoon, this strategy can have me in contention late in the day on both tickets, allowing me to swing on both.

Of course I'll need to have a very good handicapping day with at least a few decent-priced winners to have a shot at finishing in the top 2, but I'm thinking with the approach I outlined, I'll have at least some margin for error. If a couple of my core plays come in I can still win even if a key decision or two doesn't go my way, whereas with one entry, there's that much less margin for error.

With the risk-on approach of big early bets, my chances are certainly increased versus having only one entry, but they're increased in more of a random or lucky sense rather than a sound strategic sense. (If that makes any sense.)

Anyway, just some musings a day and a half before Saturday's first post.
Posted by Terry at 7:08 PM No comments: