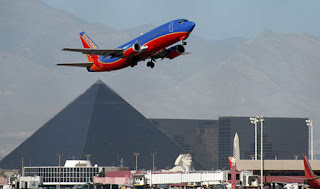 *but probably not for the NHC

Here's how it went down. After being pretty much resigned to my fate of not qualifying for the 2012 NHC because I failed to qualify in the first 11 3/4 months of 2011, I received an e-mail from William H. at NJHorseplayer.com that mentioned he would be participating in today's contest, which I had been unaware of. I wasn't crazy about the specs, i.e. 1/3 takeout and seemingly a wild-goose chase to Vegas, but given the low $50 ante and with me nursing a Christmas cold and half a box of wine to kick, I figured I'd give it a whirl and sign up.

I didn't spend much time on the PPs, but the planets aligned for my tried-and-true short-cut angles. Trainer recency landed me on American Blend at 5SA ($23 to win, $9.40 to place) and Voce de Leone in 9GP ($10.80, $5), while an odds-movement pattern pointed me to Gorgelicious in 7GP ($10.60 to place). Throw in a few logical chalks (What a Rush in 2SA, Bernster in 3SA, Tiz a Theme in 11GP), and I had enough notional bankroll to finish in 6th place of 240 contestants.

So along with the five folks who finished ahead of me and the two who finished right behind me, I won a free entry to the Treasure Island play-in on Wednesday Jan. 25 ($500 value), plus a $500 travel voucher to Sin City.

I'm not sure what the specs are for the play-in, but given the fairly steep $500 ante I'm assuming it'll come with a reasonable chance to qualify, perhaps 1/15 or somesuch. I'll plan to go to Vegas on Tues Jan. 24 and return late-night Wed. Jan. 25; I'll try to fly Southwest (no change fees), so on the off chance that I qualify I'll stick around for the NHC, which is Fri Jan. 27-Sat Jan. 28.

I kind of feel like a middling college team heading into its conference tourney on a hot (or at least warm) streak, hoping to win at least a couple more games to qualify for the NCAA tournament.

I probably won't qualify, but it will be fun.
Posted by Terry at 5:19 PM 3 comments: 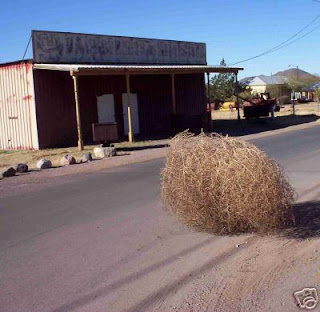 OK granted that is a stretch, but there are some real similarities.

A declining industry that is a big part of the tax base. Government mulling what if any support is warranted. Erstwhile white-knight investors kicking tires, but not biting.

Whereas the U.S. auto industry seems to have at least stabilized, albeit in a much smaller form, the future of horse racing on the Jersey Shore can only aspire to that outcome right now.

I have previously weighed in on the future of Monmouth Park here and here. In Part III of Whad Up Wit Dat?, I offer my 2 cents on the latest developments.

According to the most recent report, the state of New Jersey will continue to operate Monmouth Park in 2012 while a private investor is sought. While that is decidedly good news compared with the stone-cold closure that seemed to have been on the table, the indicated purses are Grim City: about $150-175K per day, or whatever is supported by betting handle. In other words, the state will run the track but will not be on the hook for any losses, which from what I understand have run into the millions of dollars in recent meets.

How grim is $150-175K per day? Well I took a gander at Equibase.com for a cheapie track as a frame of reference...landed on Penn National, Dec. 17 card....added up the purses of the 9 races...and hit out to $167K. So just two years after Monmouth Park's "Elite Meet" lured jockeys John Velazquez and Garrett Gomez from New York and California, the 141-day "Shit-Ass Meet" beckons, with lots of short fields and lunchpail $10K-$20K races. Blech.

-I'm not sure how they hit out to the $150-175K range -- I wonder if that's overly optimistic, because I see clear potential for a negative cycle: crummy racing leads to less betting, which leads to lower purses, which leads to crummier racing.

-Toughest job in sports in 2012: marketing Monmouth Park.
-Second-toughest job: NJ thoroughbred breeder. Just a few days ago, the Wall Street Journal ran a story about how thoroughbred breeding in New York is on the rise, buoyed by money from the new Aqueduct casino. Horse breeding in NJ is no doubt moving in the opposite direction, amid seemingly never-ending uncertainty about the future of racing in the state and now a withdrawn private-investment bid and the specter or harsh purse cuts. I suspect you can probably get a nice NJ-bred horse these days for very cheap.

-I imagine finding a private investor will be very difficult. Nothing about the economics of Monmouth Park will change in the near-term: horse racing is still in decline and the economy is still lousy, so the place will continue to lose money. And Gov. Christie has picked Atlantic City over horse racing, so any sort of casino/slot development at Monmouth or the Meadowlands is pretty much a pipe dream. One guy (Morris Bailey) has already walked away from leasing Monmouth Park, why would anyone else sign on without a game changer?

Personally, I hope Monmouth keeps its handicapping contests, especially its winter Simulcast Series Challenge. But beyond that, I'm more or less apathetic. In a way I lament the demise of Monmouth Park, and I disagree with Christie in his choice of AC over the tracks, but at the same time I agree with Christie conceptually that the state should not be in the business of subsidizing money-losing sports like horse racing. The fact that horse racing can't make it on its own is the free market saying that it should go away. Lord knows horse racing needs consolidation, so in the worst-case scenario of a Monmouth closure, presumably the product at NY and some mid-Atlantic tracks would be strengthened.
Posted by Terry at 6:47 PM 1 comment: