Edward Enborg of Jacksonville, Florida is the highest-rated NHCQualify player, through the May 15 contest.

Red Rock or Bust introduced its NHCQualify player ratings in early April, to great fanfare. (Actually I could hear a pin dropping above the audience reaction, but perhaps the silence was a stunned one because the methodology is so utterly brilliant.)

These player ratings differ from the NHC Leaderboard by counting misses as well as hits. It's all well and good to have the most NHC Tour points, or lead in the NHCQualify-specific "Cyberstars" competition, but the reality for those thingamabobs is that frequency of contest play is at least as important, if not more important, than quality of contest play. In other words, you need to play in a boatload of contests (and spend a boatload of $) to have any realistic chance at being a top dawg in the eyes of the NHC Tour.

The egalitarian NHCQualify player ratings level the playing field by recognizing quality of play only. As long as you've played a reasonable minimum number of entries (25% of all possible NHCQualify entries this year so far, or 9 after the May 15 contest), you're eligible.

And the full rankings of the 132 people who have played at least 9 NHCQualify entries this year, and finished in the top 10% at least once:


Lastly, let's look at the 'Cyberstars' of the NHC. How do the top-ranked NHCQualify players, as per NTRA, stack up in the highly egalitarian NHCQualify Player Ratings?

The answer is, not great. Here are the top 10 Cyberstars:

Robert Gianquitti is the only Cyberstar with a top-10 NHCQualify Player Rating. George Chute is a strong 11th.

But the rest of the top 10 Cyberstars' player ratings are fair to middling, certainly nothing to write home about. The common denominator is that they have played a lot of entries -- 30+ for a number of them -- which elevates their standing in the Cyberstars competition.
Posted by Terry at 1:27 PM 1 comment:

The NFL has Quarterback Ratings. The NBA has Player Efficiency Ratings. Baseball has a host of stats including On Base Percentage, Slugging Percentage, and good ol' fashioned Batting Average.

Which NHC Tour data point(s) similarly rank players based primarily on quality of play, rather than quantity of play?

Red Rock or Bust is pleased to introduce NHCQualify Player Ratings, which grades players based on quality of play, i.e. counting successes as well as failures. In other words, viva la denominator! 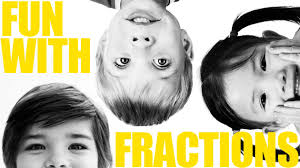 Look, the NHC Leaderboard serves its purpose as far as rewarding the top NHC Tour point earners with cash prizes and NHC seats. But as tour operator,  DRF/NTRA has a vested interest in getting players to pony up cash to play contests, so not surprisingly, its ranking system rewards brute force, as quantity of play is more important than quality of play. Granted, only a player's top six finishes count, but if you play 10 or 20 contest entries over the course of the year, do you stand a chance against the person who plays 60 entries?

Enter NHCQualify player ratings, which is RedRockorBust's humble attempt to address the situation.

I kept the methodology sensible, simple and straightforward.

Players who qualified for the NHC in a given contest received a +3 bonus on top of that.

Kudos to Jim Sebes of Hillsborough, New Jersey, whose 4.4 rating leads all NHCQualify players at the conclusion of 2016's first quarter.

A handful of players have earned more points than Sebes' 22, but Jim is the highest-rated of 'em all because he has made his mark in limited attempts -- just 5 entries.

James Riley of Mansfield, Massachusetts is #2, with an NHCQualify Player Rating of 3.67. His 22 points matched Sebes, but he has played one more entry. Howard Yancovitch of Montreal is 3rd, 21/6 = 3.5.

And the full rankings of the 139 NHCQualify players who have played at least four entries and registered at least one top 10% finish:


Note there are plenty of folks who haven't hit the top 10% this year, so while William R. of Utica, NY may be the lowest-rated point earner, sing no sad songs, as he's ahead of all those who have goose-egged in 2016.

(Also note that while the embedded spreadsheet seems totally navigable on desktop, it doesn't seem to work too well on mobile. Or maybe I'm just an idiot who can't figure out how to do it.)

I'd be remiss if I didn't mention a few caveats to the NHCQualify Player Ratings.

1. The numbers do not present a full picture of NHC Tour play -- it's NHCQualify Player Ratings, not NHC Tour Player Ratings. I calculated the former rather than the latter simply because NHCQualify shows full historical results from previous contests.

A low-rated NHCQ player might be killin' it on other contest site(s) and/or at live events, just as a high-rated player here could be striking out elsewhere. This is just one part of the picture.

2. I'm not sure my formula is perfect. I think it's sensible and simple, but maybe there's a better way. I'm open for suggestions to that end.

3. I'm 98-99% confident in the accuracy of my data. I automated much of the spreadsheet slicing and dicing of sorting and cross-referencing, but I still had to key in some manual entries, and I was bleary-eyed at times. Also, IDK if NHCQualify changes things in terms of when people move or not, so for example if John S. of New York, NY turned into John S. of Chicago, IL during the quarter, I missed that.

I'm happy to correct any errors that are drawn to my attention.