I'm Not Going to Vegas (After All)! 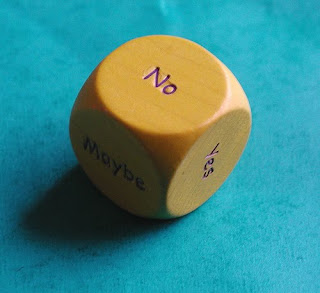 Kind of old news but I wanted to update the blog.

To recap: I was gonna go to the Last Chance NHC Qualifier in Vegas on Wed. Jan. 25 because I won what I thought was a $500 entry into the contest and a $500 travel voucher in a Dec. 26 HorsePlayersQualify.com contest. I was totally there.

I was still gonna go, last week I even went as far as booking a flight ($340 r/t, Newark to Vegas). BUT just a couple hours after I booked, I learned that NHCQualify was having a last chance, $400 online contest on Sunday Jan. 8, that offered about the same or a slightly better chance to qualify compared with the Vegas Last Chance.

So at that point I said ah screw it, cancelled my flight, signed up for NHCQualify, and tucked the $600 into my proverbial pocket to deploy for future contests.

Ultimately I opted out because the Vegas trip just felt like a goose chase. As I said previously, I totally would be in if they signed me up and told me to just show up. But when it turned into a discretionary decision, my thinking went along these lines:
1. The specs of the last-chance Vegas contest-- $500 ante, 5 NHC spots, max 150 field, 30% back in prize money 70% to NHC pot -- are nothing special.
2. I dislike flying, so the idea of night and redeye flights was not appealing. Granted there would be some adventure to going to Vegas, but for me that would be trumped by (probably) losing in the contest followed by a 7-hour full flight in the middle seat, culminating in a 6am arrival at Newark airport. I would be dirty, tired, and cranky -- no thanks!
3. When I won some coin back in March at a Monmouth contest, I didn't use the money to start flying to contests all over the place, so why would I do it this time (with just 1/6 of my March winnings)?

So that's my story and I'm sticking to it. There will be no NHC for me in 2012 (I finished up the track in the NHCQualify Last Chance this past Sunday).

I am looking forward to the long journey towards the 2013 NHC, which I hereby GUARANTEE I will qualify for. If I fail to qualify, I will give all readers a free one-year premium subscription to the RedRockorBust blog.

The fun starts next Saturday at Monmouth Park.
Posted by Terry at 5:51 PM 6 comments: