A Swing, and a Miss 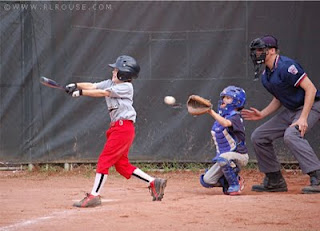 But the fat lady could have started warming up right then. I couldn't pull the trigger on anything in 11WO, which was just as well because I never would have had the 31-1 bomber Paidrag. (Apparently at least one of my rivals did, as the leading bankroll went from ~$1K to ~$4K after that race.) This left only the Monmouth finale, a grim bottom-of-the-barrel heat, to make or break my day.

I went all-in (that's right, $236W) on Mo's Mini Skirt, a first-time starter that took a little early money before drifting up to 5-1. She showed some early speed but weakened to finish 4th, so I was out the door with $0.

Putting aside the merits of Mo's Mini Skirt specifically (of which there were precious few), that last-race situation I found myself in re-raised a question I continue to struggle with as a handicapping contest player: is there ever a time when you should fold 'em and go home with a couple hundred bucks? Or do you keep swinging until the bell rings, whether or not you like a horse, on the premise that late-contest swings don't grow on trees and must be seized?

I lean towards the latter, and my track record supports this -- I can't remember the last contest I went home with unused bullets. But is this the right strategy? Something about putting down $236, or more than 10x my average bet earlier in the contest, while holding my nose in that finale today struck me as absurd -- it just flies in the face of ROI principles that would dictate picking your spots. Would it have been wiser to tuck the $236 in my wallet to deploy for another day?

I don't think there's an easy answer in this debate -- if I walk away and my erstwhile selection loses, I made a great call, but if he wins, I'm a dunce. And vice versa if I go for it. Vexing, but also part of the beauty of handicapping contests, in my view.
Posted by Terry at 5:45 PM 4 comments: