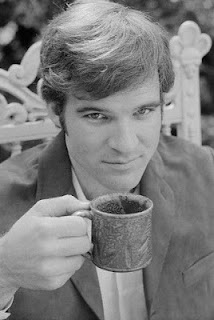 In that spirit, I invite (some of) you to participate in the Red Rock or Bust/HorseTourneys Free* Breeders' Cup Handicapping Contest, which could result in you winning $750,000 (and bringing home $375,000) in the DRF/NTRA 2013 National Handicapping Championship, to be held in Las Vegas in January.

Here are the specs:

Contest is open to all NHC Tour members who have not yet qualified for 2013 NHC.

You must make your selections in the comments section of this blog post by 2:00 PM Eastern time on Saturday, November 3.

This is a bit of a freeform contest -- simply submit your best six plays (plays=single horses) from Saturday's nine BC races, specifying one of the six as a best bet, and one of the six as an alternate.
The horses may be from any BC Saturday race. You may select more than one from the same race.

Each player gets a notional $4WP bet on his/her best bet, and $2WP on each of his/her other four non-alternate selections. The alternate will only be used in the event of a scratch and will always be a $2WP bet -- if your best bet is scratched, the first selection after the best bet will move up to be the best bet. In the event of more than one scratch, the post-time favorite will be used after the alternate.
If a best bet and/or alternate is not specified, the first horse listed will be the best bet, and the last horse will be the alternate.(This contest is really simpler than I'm making it out to be, I'm just trying to cover all bases.)

The winner gets a credit to an upcoming $30 HorseTourneys contest (thanks to HorseTourneys for generously providing this purse). The credit must be used soon, as there aren't many weeks left to qualify for 2013 NHC, especially via HorseTourneys.

That may be microscopic but it's a lot better than the 0% chance you have if you don't play. Good luck!

*This opportunity is "free" for those who have paid $50 to join the NHC Tour, so in good faith I had to asterisk the word.
Posted by Terry at 7:31 AM